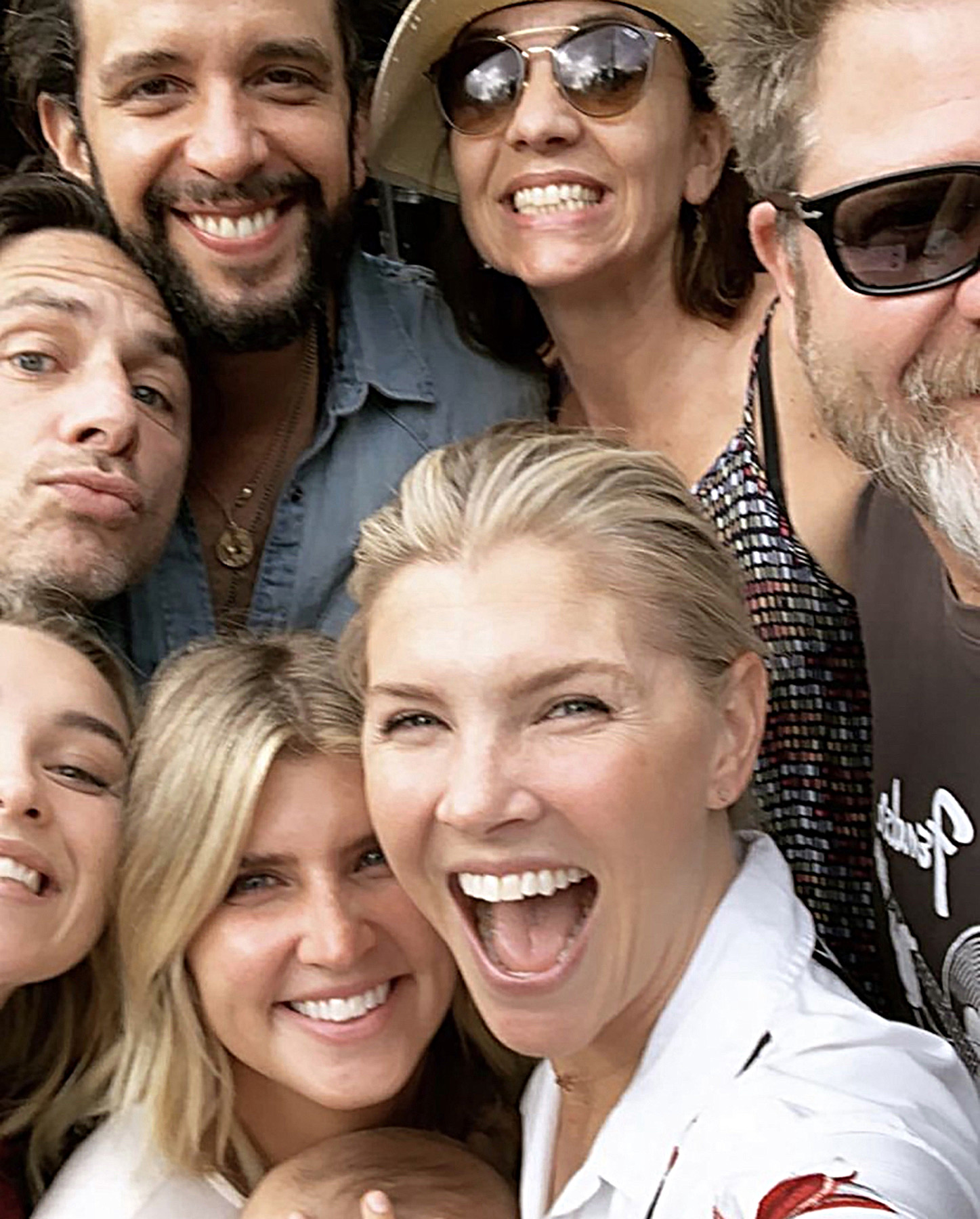 Throughout the pandemic, and especially during the stay-at-home orders, Americans found creative ways to support one another. In New York City people went outside every evening and banged pots and pans together in honor of the essential workers. Italians danced on their balconies, and throughout American neighborhoods, signs placed on lawns proclaimed, “We are going to be okay,” and “We are in this together.”

One community in Los Angeles came together in a way that paid special homage to the history of its iconic neighborhood—Laurel Canyon. Smack dab in the middle of Los Angeles, just a quick jaunt from the touristy excitement of Hollywood and Sunset Boulevards, lies this cozy enclave high in the hills. To understand it best today, it helps to glance back.

Growing up in the 70s, I remember hearing the catchy sounds streaming through our station wagon’s speakers. I didn’t know it then but these were the bands of Laurel Canyon—The Byrds, Crosby Stills, Nash, and Young, The Mamas and the Papas, Joni Mitchell, The Doors, and The Monkees to name a few. Artists, musicians, film and music industry talent, they were (and still are) drawn to Laurel Canyon, and their creative energies feed off each other. Several books and films document the overflowing talent there.

Today, as you wind your way up Laurel Canyon Boulevard, the first thing you spot is the Laurel Canyon Country Store. Here since 1929, it is perhaps a place more musicians and artists have walked through than any other corner market. It’s around the bend from Rothdell Trail AKA Love Street – so named for the song its famous resident Jim Morrison penned about his neighborhood. Every day for the past 25 years, the “ma and pa” of the Canyon—Lilly and Spike—are out on the patio operating Lilly’s coffee cart. Spike is the artist responsible for the iconic art and designs painted and seen all around the store and Canyon.

One relatively new Laurel Canyon resident – Amanda Kloots – became an almost overnight Instagram celebrity during the early days of the pandemic for a heartbreaking reason. Her husband, actor, singer and Tony Award nominee Nick Cordero was stricken with Covid-19. In social media, Kloots began to chronicle her

husband’s battle and in doing so, developed over half a million followers who clearly felt a kinship as they, too, were trying to comprehend this awful new world. Kloots, a talented performer, former Rockette, and successful fitness instructor, had followed her husband Nick to Laurel Canyon so he could embark on a singing career—off the Broadway stage. Sadly it never happened, and Covid claimed Nick in the summer of 2020.

During this time, Kloots’s Instagram showed videos of people singing to her, often from a truck in front of her home. While I watched many of these touching musical tributes, I couldn’t help but wonder who were these people supporting Kloots? In her book – Live Your Life – written with her sister Anna, Amanda shares much about her experience losing Nick and she highlights, among others, Molly and Trevor, Jono, and Tori.

The Makers of Magic

Every community has a few residents who are actually the ones making the magic happen. They are the planners and the doers. I had the privilege of spending the day with one of Amanda’s aforementioned angels—Molly Tuttle. “There are so many folks here doing wonderful things,” Tuttle says humbly. “And I think we are creating a little joy for the Upper Lookout Mountain area.” A native northern Californian, Molly came to Laurel Canyon ten years ago with her son Woody and husband Trevor who is in film and television directorial work and story design. Molly is a talented artist and graphic designer, and while that is her day job, she has a lifelong passion for music. In college at Chico State, she was the “original number one fan” of the rock band The Mother Hips, and she used her talents to help promote them and celebrate them every chance she could. “Finding the sounds and artists around us and sharing them with others has been a part of my life for as long as I can remember,” says Molly.

With her son a new student at the Canyon’s Wonderland Elementary—Molly met the “PTA moms,” one of whom was Tori Horowitz. The two women hit it off and Tori invited Molly to join them in planning a benefit concert called “Rock the Playground.” The event’s goal was to raise funds to keep the playground open on weekends for the Canyon kids. Molly jumped right in to help and created a special graphic poster for the event—something she’d done since her college days. For Molly, these posters are deeply meaningful. “First there is the anticipation of the event, then there’s the event itself, and then when it is over, we have this amazing artistic object that allows us to reminisce forever,” she explains.

Like most Canyon residents, Tori’s backstory has some jaw-dropping elements. “My former LA roommate, who managed bands like The Smashing Pumpkins and the Cocteau Twins, told me Rick Rubin was looking for an assistant and I should meet with him about the job,” she says. Much to her surprise, she got it, rented a “funky little house on Walnut Drive in the Kirkwood bowl,” and never left. “I have lived in the same three block radius for 25 years,” she says. Today, as a successful real estate agent with Compass, operating Canyonhaus, a popular Instagram page, she is the go-to agent for properties in the Canyon. She’s also one of Molly’s biggest fans. “Molly is one of  my all-time favorite people and may have lived here in another life,” she tells me. “Molly seems to belong here in so many ways. Her style, her voice (metaphorically and literally – she can sing!), her creativity, her spirit. The way she can bring people together. I don’t know what the Canyon would be for me without her. She’s my Canyon soul sister.”

Molly started sprinkling her “magic canyon dust” on Nick Cordero while he and Amanda were still living in New York but were visiting Cordero’s buddy Zach Braff, who also happens to be friends and neighbors with the Tuttles—Braff and Trevor worked together on Oz the Great and Powerful. The little Upper Lookout Mountain crew was soon hanging out. “I met Nick and knew immediately he had to move here, and I reminded him of that every chance I got!” says Molly. In fact, it was Molly that Cordero beckoned to weigh in on the bungalow he found on Love Street. Molly says she locked eyes with Cordero that day and told him, “this is your new home!” She and the neighbors had made them a part of their Canyon family.

That family, specifically the Tuttles, has special traditions. “They are so important to me, and as soon as we moved in, Trevor and I decided to start our own traditions. We created “Woody’s Cocoa Stand,” which, over the years, has become a much anticipated Christmas Eve event, complete with neighborhood kids as carolers.” What started as a handful of people grew in size each year. Fellow school parent, actor Jack Black, stopped by the last one. “You never know who you might see in the crowd,” Molly says with a wide grin.

Another common occurrence at the Tuttles is a well-planned living room concert. “What is better than having live music in your own home?” asks Molly. I remind her most of us would have no idea. “Well you should!” she says with a laugh. I can’t help but agree, and note how the 60s Canyon spirit lives on through them. “People are motivated to do things in Laurel Canyon and any reason to create an event or an experience, people tend to show up,” explains Trevor.

“Knowing how alone and awful Amanda was feeling, how helpless we all felt, I got the idea to send her a singing telegram,” explains Molly. Molly’s dear friend, longtime Canyon resident Jono Hart, was also trying to think of ways to connect his neighbors during lockdown, and bring a little joy into Kloots’s sad situation. “Molly is the great enabler,” says Hart wryly. “I was thinking basically the same thing she was,”! In a few hours, the Tuttle’s truck was rolling toward Amanda with a singing group perched in the back. They surprised her, singing You’ve Got a Friend, written by former Canyon resident Carole King. It was captured on video, streamed, and both Carole King and James Taylor shared it. “It’s a bit more “minstrelly” than anything. One person has an idea and the players fall into form. Stone soup where everyone just shows up with the right puzzle piece,” says Trevor.

The neighbors also organized another performance to celebrate the publishing of Kloots’s Live Your Life, with special guest Finneas, singer/songwriter/producer and brother of Billie Eilish, who performed from the Tuttle truck What They’ll Say About Us, the song he wrote for Nick and Amanda. “We try to open our homes as much as our hearts,” says Hart.

Another important friend in this Canyon group is Gary Calamar. A California native, he managed bands and then became a DJ at the influential station KCRW. Today he is a music supervisor for TV programs such as Six Feet Under, True Blood, Dexter, and House. “I met Nick and Amanda and baby Elvis first at Woody’s Cocoa party and then at the Tuttle’s Thanksgiving. Nick was a very cool and talented guy. I also have a music licensing company called Laurel Canon and we started working with Nick’s music shortly before he got sick,” explains Calamar. “I was able to place his beautiful song “Live Your Life” in an HBO movie.” Calamar also points out something I already know — that Molly is an impressive artist. “We have worked on several musical projects together and she always knocks it out of the park with her art,” says Calamar.

Hearing about their soirées, I can’t help but think of Gertrude Stein, and Calamar sees the same parallel but another one as well. “I always tell Molly that she reminds me of Mama Cass as she is always bringing people together,” he says. “And Graham Nash described Cass as, “The Gertrude Stein of Laurel Canyon” because her house seemingly recreated Stein’s salon at 27 rue de Fleurus in Paris in the 1920s. And that’s how I feel about Molly.”

One such artist who has performed in the Tuttle living room is LA folk singer/songwriter Jamie Drake. Drake is an accomplished musical talent whose 2019 album has been streamed more than 14 million times on Spotify. “The Tuttles are a walking vortex of magical manifestation,” explains Drake. “Molly invited me to join in on a concert in her home, opening for “Expandards,” a musical project of Mikael Jorgensen of Wilco, and Isaac Koren,” Drake shares. “The beauty and the mystery of the Canyon calls to me too. My heroes once walked those streets with their guitars and I long to join them.”

The Canyon embrace is keeping Kloots there as well. “After living in New York City apartment buildings for 19 years, I never knew what a neighborhood community looked like. In New York sometimes you never see or know your neighbors,” she explains. “Laurel Canyon is a special, magical place. The magic comes from a history of these creative people and now the souls that are keeping it alive. Those souls are Molly, Trevor, Tori, and Jono,” says Kloots.

As our time together winds to a close, Molly points out Joni Mitchell’s house and I can’t help but think of her lyrics in Ladies of the Canyon, “Pouring music down the canyon, Coloring the sunshine hours, They are the ladies of the canyon.” And so, the Canyon spirit endures. 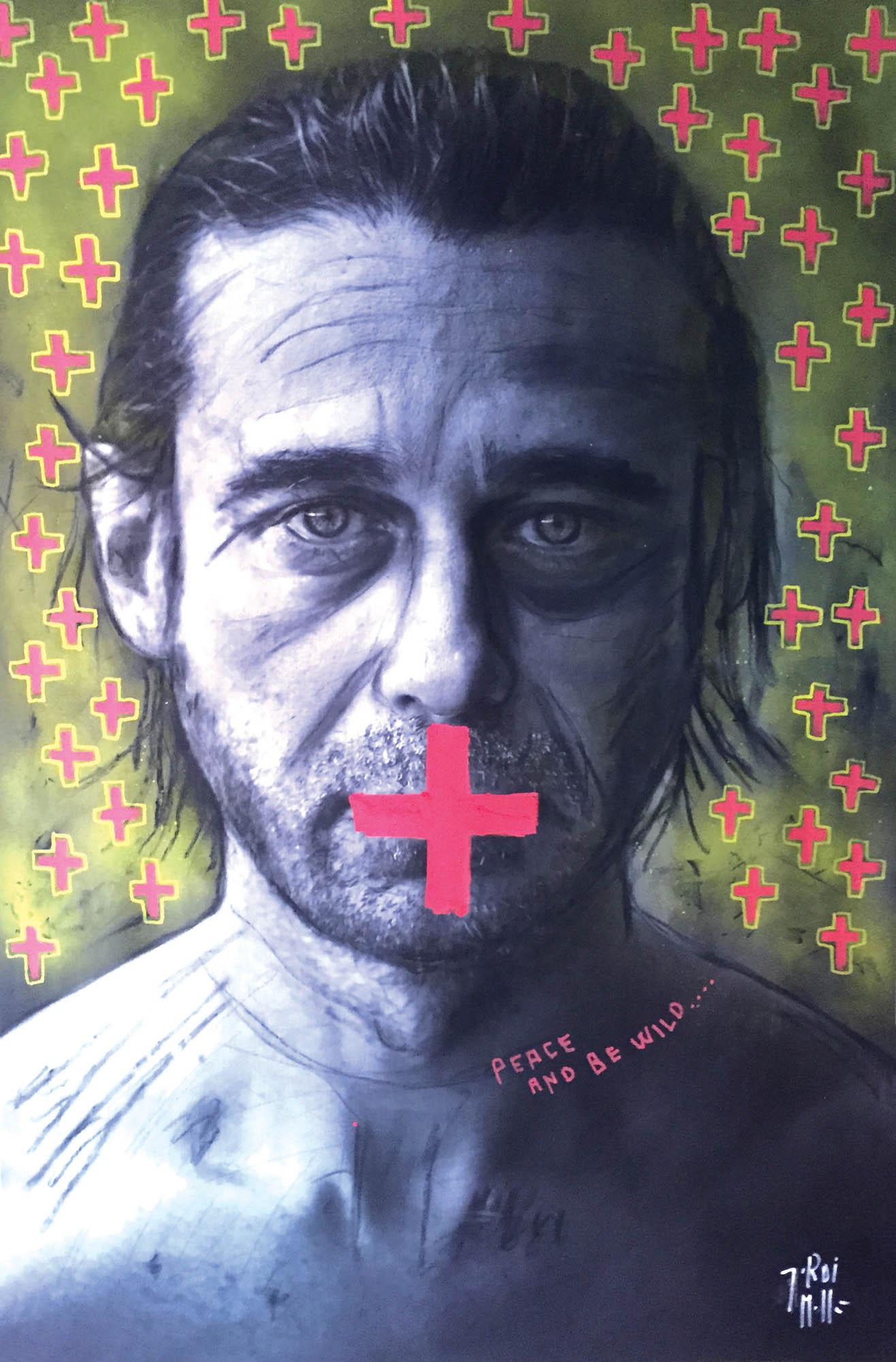 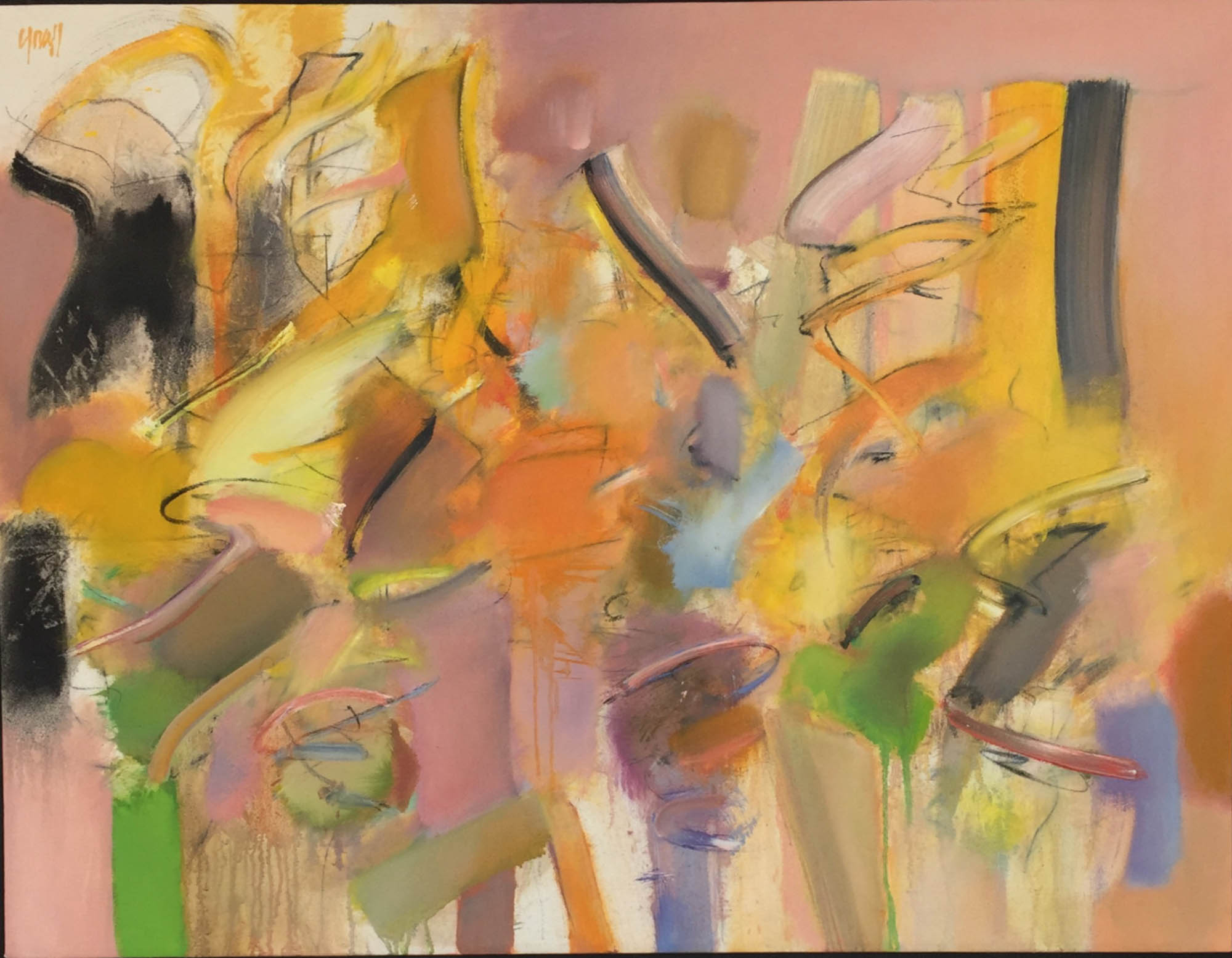 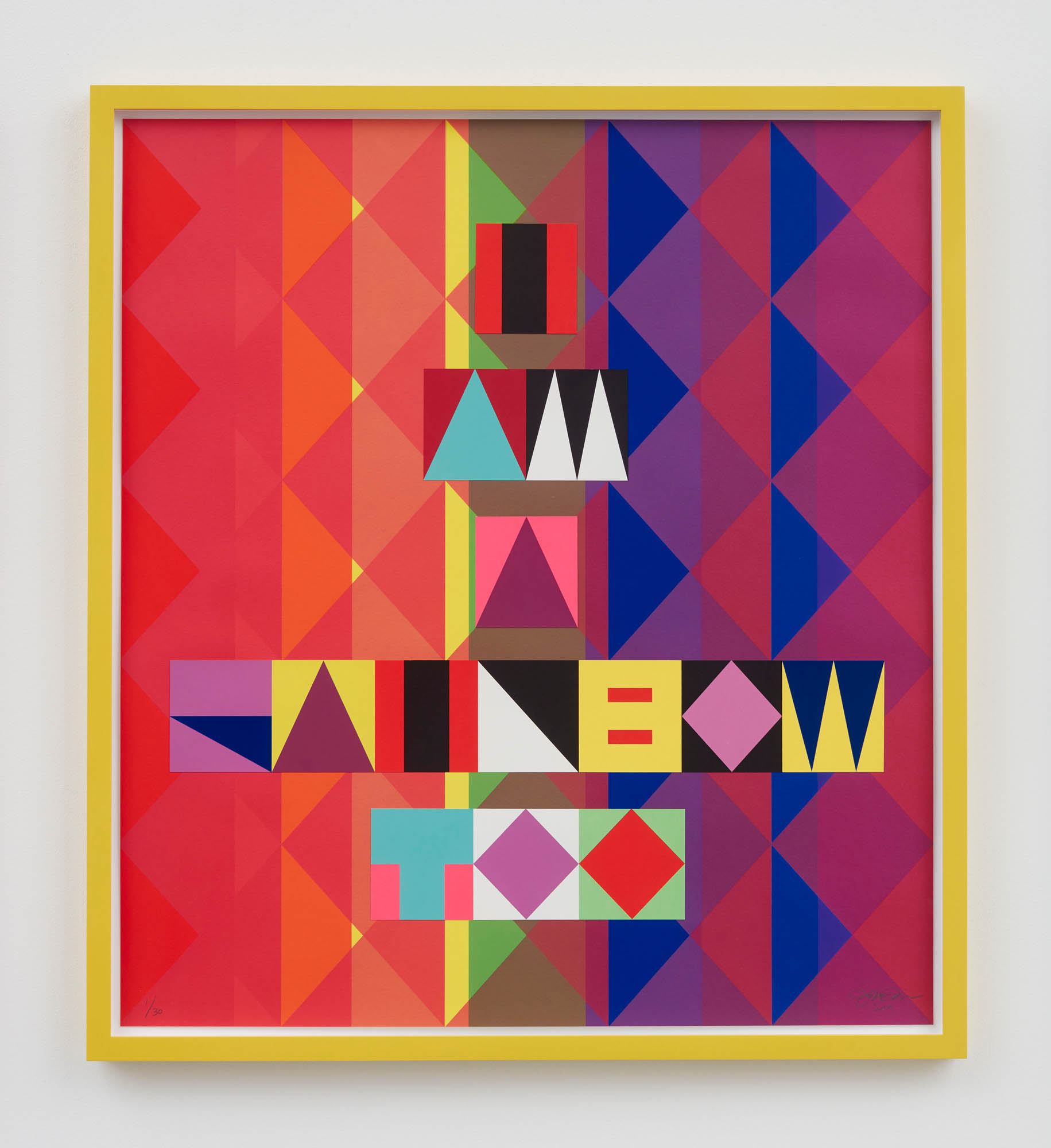 Prev. article
Beyond the Realm of Reality
Next article
The Work of Jessica Lichtenstein
TOP