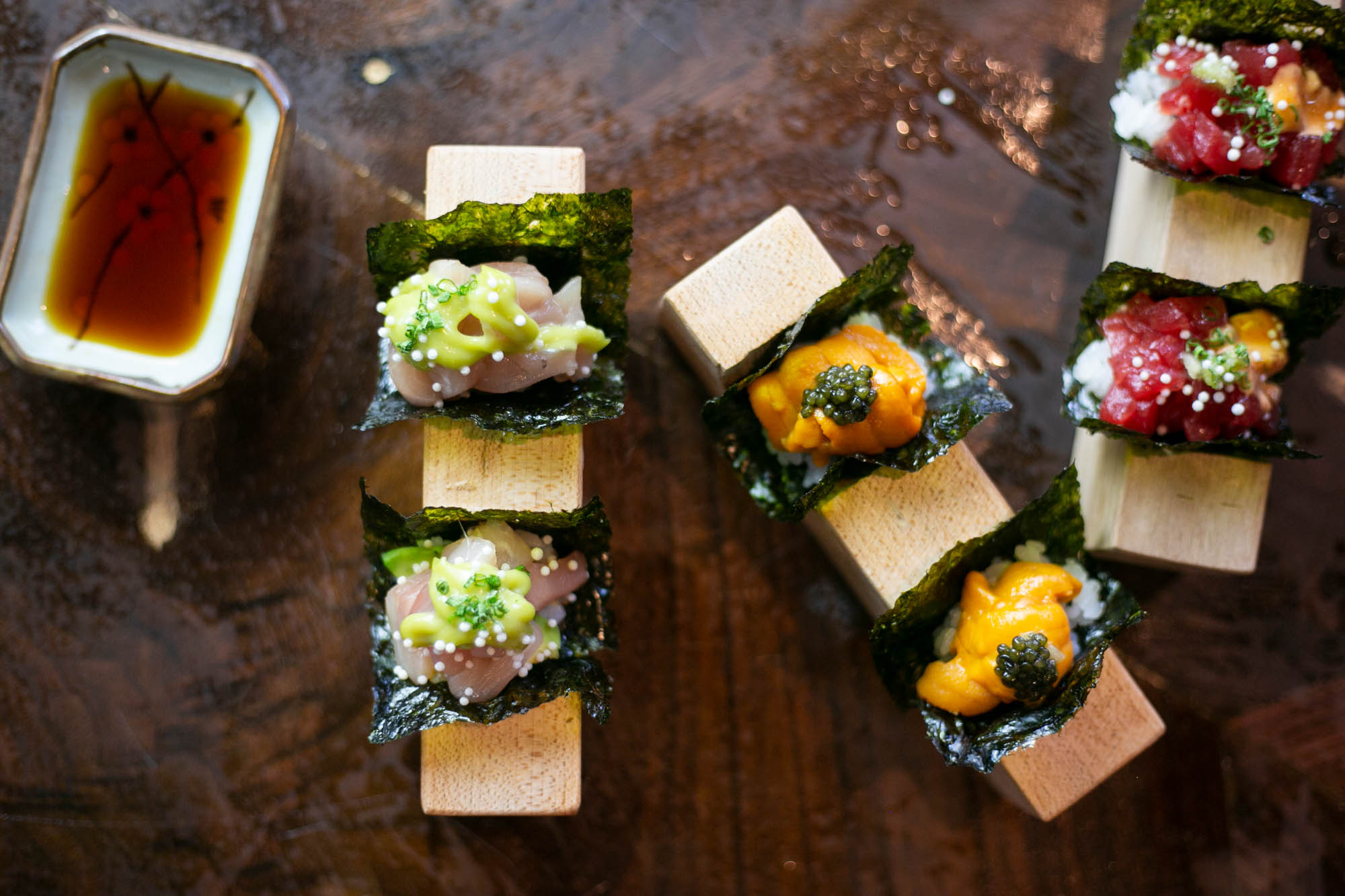 Always up for a trip someplace new, we sent our taste buds around the world this spring during culturally rich dinners at two innovative Asian Fusion eateries that are taking Greenwich, Connecticut by storm. In so doing, we experienced the incredible power of partnerships, both in business and on our plates.

Infused with a passion and a purpose that underscore the formidable talents of its rising culinary stars,  restaurateurs Chef Steven Chen and K Dong opened Miku Sushi in 2019 at the top of elite Greenwich Avenue a short while before the pandemic took top billing in the news, and introduced Hinoki, lower down on Greenwich Avenue, just as COVID began its first retreat in May of 2021. Not surprisingly to the growing legion of diners who faithfully savored take-home treats until their favorite restaurants reopened their doors, both restaurants have beaten the odds and the closures with their creatively Japanese-inspired and Asian fusion fare.

What makes them irresistible to a well-heeled clientele well-versed in the best of everything is two-fold. At Hinoki, it’s the concept of Japanese izakaya, small-plate tapas-style dishes that make a big impact on the palate, paired with a chef’s table experience formally known as Omakase, and one we called “Oh-My-Goshee” after indulging in their delectable creations in person. At Miku Sushi it’s the exquisite rolls and artistic plating that make each moment beautiful.

To give you some perspective about the genius rooted in this restaurant, the name Hinoki comes from the Japanese cypress tree that was described as “a good tree for building palaces” in one of Japan’s oldest books, the Nihon Shiki. In Japan, Hinoki boasts world-class qualities that last over 1,000 years. Its namesake restaurant has already proven to be a great place for building new relationships and we expect it to last as long as it wants. On any given night, this dining palace is packed with patrons looking for interesting new experiences, including getting to know ingredients unlike any they have met before.

Take our “this can’t get any fresher” appetizer of live scallops from the raw bar and the Uni Toast marrying California sea urchin with Foie Gras on toast that blessed their union. The chef’s special “Yuzu Tokyo” touted the combined charms of yuzu citrus, baby yellowtail, avocado, Alaskan king crab and minty shiso much to our delight. We dove into the deluxe sushi platter with chopsticks drawn, mouths drooling, as we sampled a variety of house-crafted seafood rolls dressed with tobiko, scallion, seared miso tuna, eel, seaweed and more, paying tasty testimony to the chef’s know-how in adding surprising bursts of heat and sweet to his creations.

Of course, dumplings are delightful all by themselves, but at Hinoki they become even more dear, like their signature truffle shrimp dumpling that we devoured on delivery. Lobster is a favorite choice in any New England town, so the chef made sure it was on his menu, preparing it with ginger and scallion that honored the hard-shell crustacean with a Chinese twist. Their Miso Black Cod, miso fused and marinated in sake, was another winner, reminding us just how much we enjoyed sipping and sampling at the same time.

While we tippled the restaurant’s prized sake throughout our dinner, a must drink here, we had to try the Applewood Smoked Negroni crafted with Roku Japanese gin, Campari and antica, and yes, it really was smokin’ when it arrived at our table.  It’s this kind of unexpected experience that positions Hinoki as one of the most popular spots in town, that, and the caviar bumps we enjoyed with delicious abandon.

I, for one, had never caviar bumped before, learning by doing when our host spooned his Honiki-branded gourmet delicacy onto the top of my fisted hand as an initiation ritual of sorts for the in-the-know crowd. I was not only in, hook, line and sinker, I was primed to know more.

I couldn’t wait for our next meal up the Avenue at their other popular dining venue, Miku Sushi.

Born in Japan, sushi is at home everywhere now, having evolved into an art form and surfacing in restaurants all over the world. Once regarded as an often-distasteful cultural culinary tradition that quite frankly made Western appetites somewhat squeamish, sushi is now hailed as a coveted low-cal, healthy food option that is packed with desirable omega-3 fatty acids thanks to the fish it is made with, along with innovative flavors and rice that keep your taste buds on their toes.

The fast food of the chōnin (merchant) class in the Edo period of Japanese history, the word “sushi” is literally defined as sour rice, because of the vinegar moistened rice that is traditionally used in it. But there’s nothing fast or traditional about the intricate eye-candy chef creations at Miku Sushi. Averse to cutting corners or quality, Miku’s chefs only use the best quality fish that comes directly from the world-famous Tsukiji Fish Market in Tokyo, Japan. Miku features more than 15 types of sushi every week, giving it a unique niche in the industry. They source their vegetables and fruits locally, make their own sauces, only use authentic seasonings and spices and take the time to meticulously and masterfully turn every piece into a thing of beauty.

This is very fitting given that the restaurant takes its name from the word “miku” meaning “beautiful moment,” which accurately sums up what they specialize in.

Adding to the allure of the evening was a local celebrity of sorts, the always affable Tommy who selected and served our sushi with a smile and a tale, sharing insights and explanations of the pretty plates that dazzled every minute of our dining experience, all the while pouring more sake and refilling our Japanese beers.

From our Orange Cauliflower appetizer to delicate duck buns nested in puffy clouds of dough to a Greenwich Roll of toro and avocado crowned with seared spicy lobster, to our Passion Roll that celebrated Thai-sauced salmon both spiced and sliced, to our Rock N Roll medley of rock shrimp, avocado and seared Kobe beef with shrimp sauce on top, to the Tuna Tartare that was served with chunks of avocado on a plate awash in the chef’s house-made Yuzu Wasabi sauce and more, Tommy rolled out an amazing parade of sushi and sashimi that had our heads spinning and appetites swooning.

When talented chefs take care to seamlessly integrate various ingredients to craft a meal unlike anything anyone has tasted before, they become culinary gods in our minds. Luckily for us, K Dong and Steven Chen give their chefs the freedom to create unique dishes that show their range of skill and creativity while also introducing and innovating food concepts that allow them to put their own spin on it.

Traditionally simple, artistic and seasonal, in Japan food is given a lot of thought and is treated with the highest respect. It’s also like that at both Hinoki and Miku Sushi. As we over-indulged in their specialties, masterpieces all, and cast our Covid weight gain cares aside, we couldn’t help but think how restaurants like these blur borders, merge cultures and forge friendships you might not have been able to cultivate before.

With plans to expand Hinoki this summer on Greenwich Avenue and in the neighboring town of Darien next year, along with partnering with the waterfront Blu on the Hudson in Weehawken, New Jersey for a summertime opening, K Dong and Chef Steven also will be bringing their award-winning culinary talents to Rowayton Seafood restaurant in nearby Norwalk, in addition to their current partnership at the J House in Old Greenwich, Connecticut. This is in addition to their flagship restaurant, Kumo Sushi Lounge, which opened in Scarsdale, New York in 2014. And if that’s enough to keep them busy, Miku launched a monthly “Specials Menu” initiative in 2020 to support local non-profit organizations and showcase innovative food and beverages, donating, to date, over $50,000 through this community impact campaign.

Thank you K Dong and Chef Chen for creating a grateful community of glowing fans and foodies who will follow your lead wherever your menus takes take us. ☐ 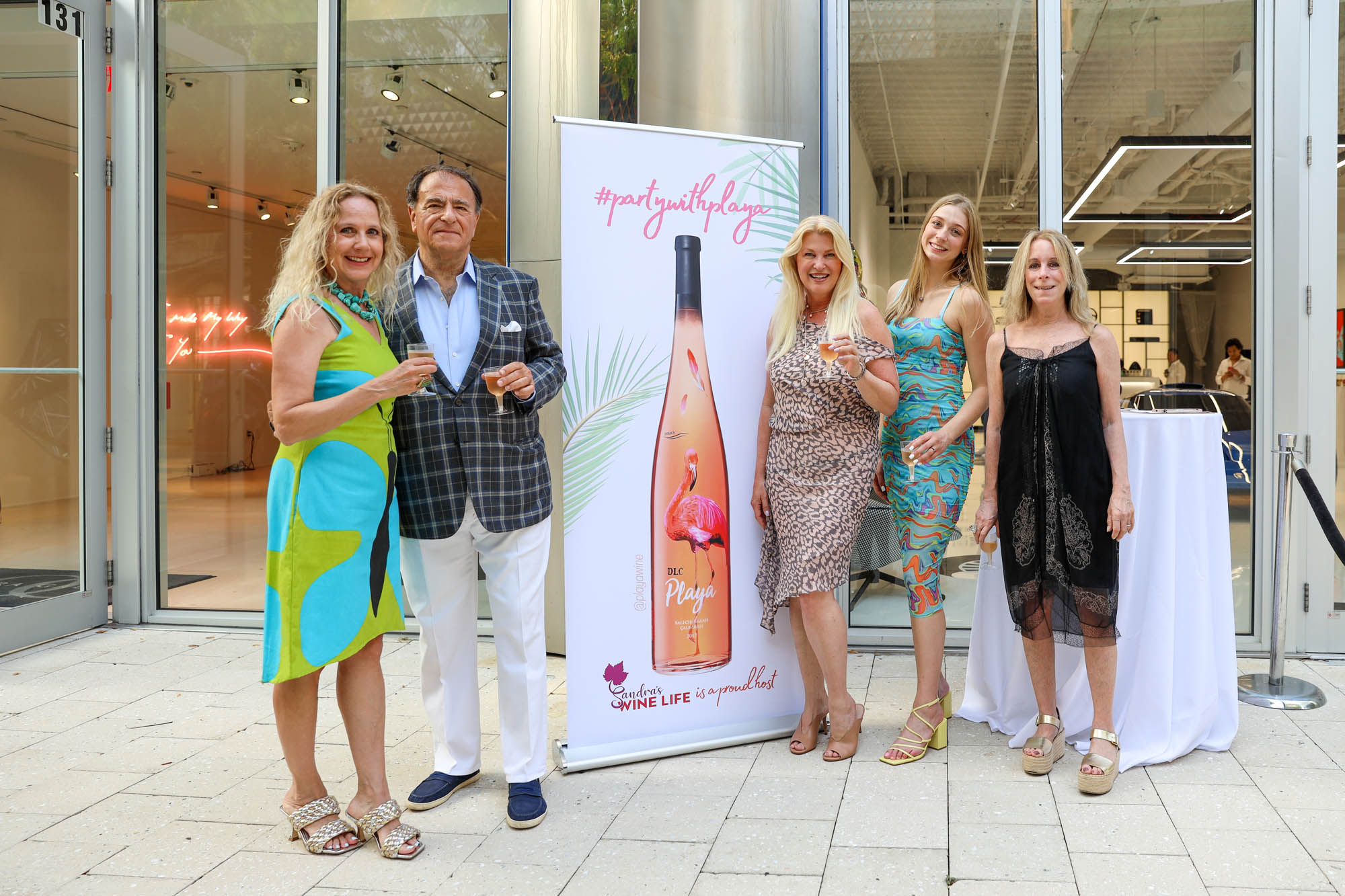 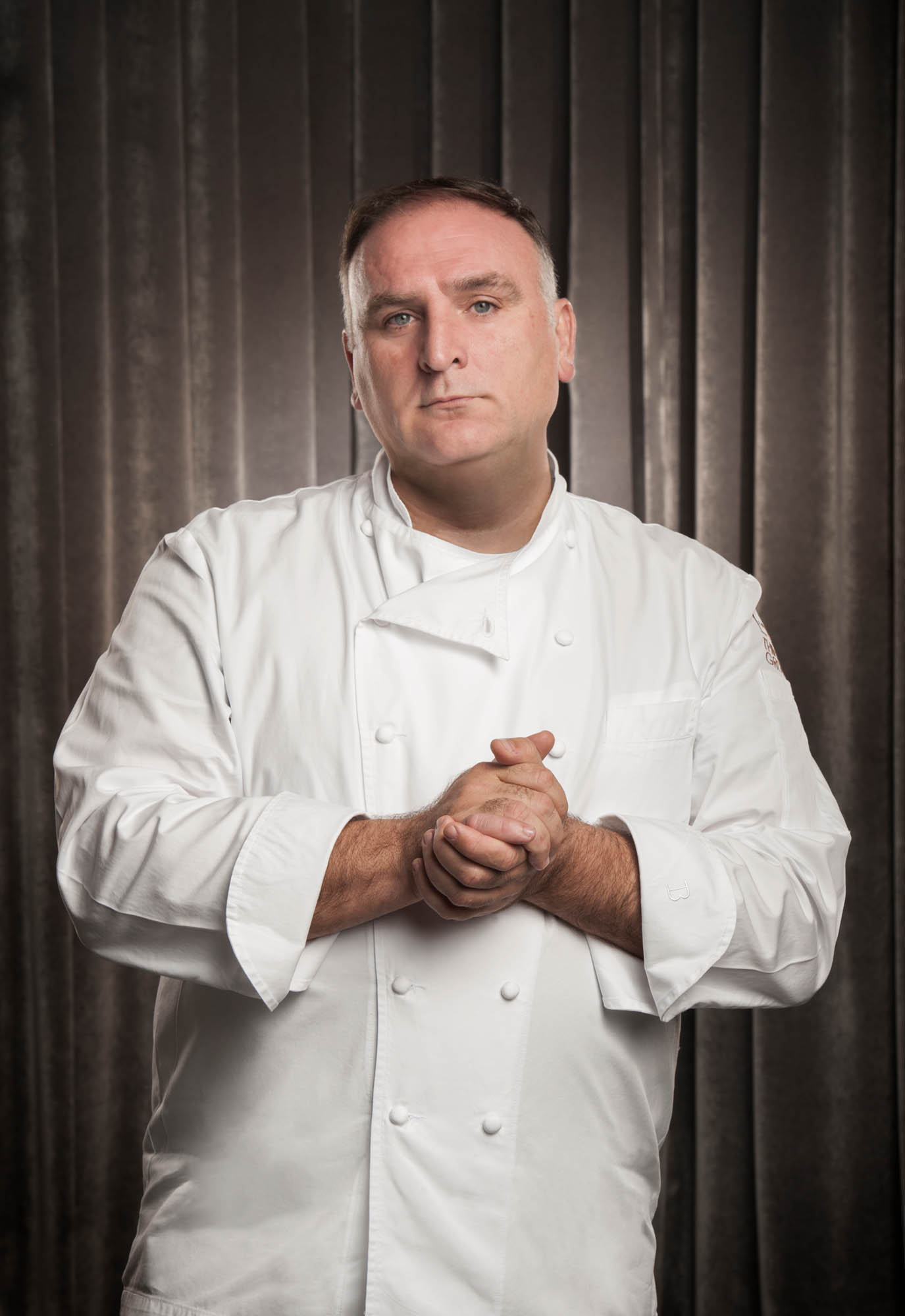