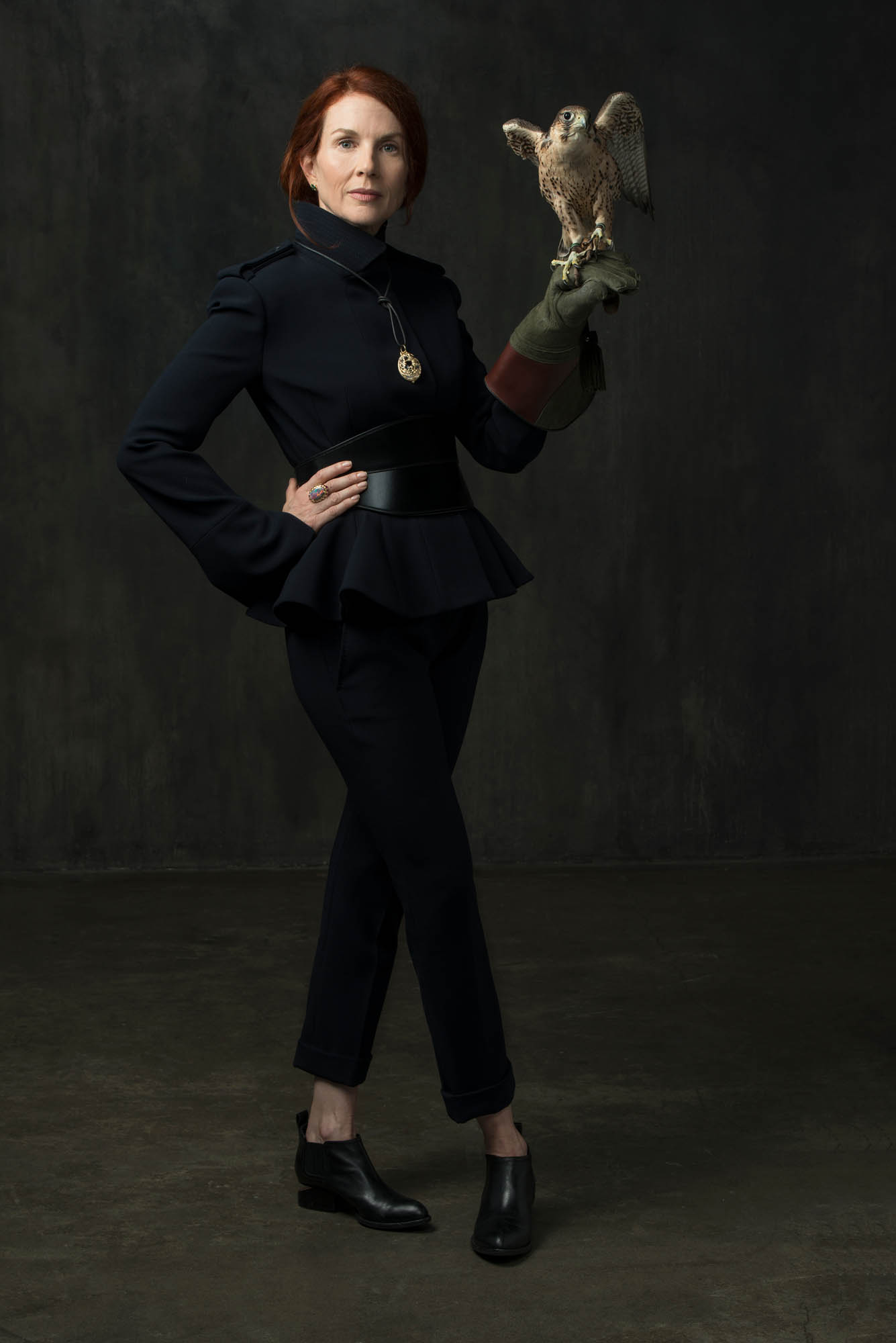 I once asked my friend Temple St. Clair how she’d like to die. She responded without hesitation. “Swallowed by a large predator.”

Thus begins the slow but steady intoxication by one of America’s most highly coveted jewelry designers.

To start with the obvious, she is strikingly attractive, Titian-haired and poised, assured yet delicate – a sort of 21st  century John Singer Sargeant specimen. There is her effortless style, that of a woman who can take a man’s white shirt from the beach to the ballroom with a belt and some healthy bravado.

And then there’s the name, in which artistry or fame seems pre-programmed.  But the most beguiling thing about Temple is the sense that she is many things – a storyteller, an adventurer, a traveler, a dreamer – who happens to be an artist, who happens to be a jeweler. It’s as though she could have chosen any path in life with her brand of curiosity, passion and grace, and created just as marvelous a body of work.

Despite being only the third American jewelry designer to be inducted into the permanent collection of the Louvre Museum in Paris – taking her place alongside Louis Comfort Tiffany and Alexander Calder – Temple imbues her work with a spirit that goes beyond craftsmanship and composition. While her rare colored gemstones and pristine Florentine workmanship may captivate the connoisseur, it’s her intimacy with the mystical that moves the most devout Temple St. Clair collector. She has been aptly described as having an ”artist’s eye and explorer’s heart,” evidenced by a fascination with the cosmos and mythology and an obsession with nature that define her work.

A glimpse into her childhood reveals a coming-of-age ripe with awe and wonder for the world that surrounded her. “I was an only child. My mother read to me a lot. It opened my mind to other worlds and taught me to appreciate storytelling. I started to explore how things work both emotionally and scientifically.” This early support for art and science peaked a young Temple’s interest in marine biology. Initially taken in by the beautiful and colorful world of the sea, she became fixated on plankton, wanting to study it, its structure and composition. Christmases spent exploring the ocean reefs in Mexico fueled her fascination, while summers found her in Europe immersed in the arts. On these trips, she was made to keep a journal and a sketchbook, a habit that has stayed with her throughout her life. She would take language classes before the trips to deepen her experiences abroad.

Family time at home wielded its own influence. She cites her maternal grandmother, in particular, as a formative force. “She traveled a great deal when it was unusual for women to be so independent. She did the Grand Tour and visited Tutankhamun’s tomb in Egypt. She studied in Paris, played shuffleboard with F. Scott Fitzgerald and rode horseback through the grounds of Versailles. Her home was a three-dimensional scrapbook of her travels and experiences, filled with fossils, shells, textiles and other lovingly collected items. My grandmother lived in a English manor style house (as Virginians, we have always looked towards England and our English roots) but it was never stuffy. “Her home always felt interesting and cool.” St. Clair remembers one tradition quite fondly. “We were always encouraged to write and draw. We would have these after-dinner sketching sessions. Even my father, who was not artistically inclined, would draw.” She speaks of an “Aunt Archer” who held a PhD in art history, went to Rome on a Fulbright scholarship and participated in early Christian artifact digs in Rome.

As a teenager all Temple wanted was to get out of Roanoke, where her outsized experiences for a girl her age branded her a misfit. She decided to go away to school, finishing high school in Switzerland. “All of a sudden there I was, this preppy southern girl dropped into this international experience. I studied French during this time in Lausanne, but also became interested in Italian.” This interest led to a Masters degree in the language. A PhD, however, felt too narrow and deep for the explorer and wanderer.

Jewelry, she would soon find, would become her vehicle for exploring the many different subjects that captivated her. “I didn’t choose jewelry design or manufacturing; it developed more as of a way of living than a way of working, a place where I could address all these different interests.”

Despite the level of technical craftsmanship required to realize her designs, St. Clair was never formally trained. As she tells it, while living in Italy her mother gave her an antique coin that she wanted set into a necklace. “I crossed into the world of these goldsmiths and became really enraptured in the history of gold, the global history of jewelry, and I’ve been in it ever since.”

Many designers take inspiration from history or the natural world, but what makes Temple unique is her fascination with our place in it. She has often spoken of herself as a jewelry anthropologist with a mission to bring profound beauty, quality, meaning and connectivity to the world:

“Historically our jewelry is a vehicle for research, exploration and discovery. There is a narrative that flows through all the jewels and collections from an exploration of the cosmos and all its mythology in the Celestial Collection to a deep love of the natural world, both land and water, in the Tree of Life Collection. From the fine jewelry that is found on our site and in stores to the high jewelry and limited-edition jewels crowned by rare color gems, to the haute couture work as in the Golden Menagerie, our collectors connect to a sense of the universal stories that connect us all cross-culturally.”

As the business and artist have matured, so has the brand’s ethos and sense of responsibility. “Temple St. Clair draws infinite inspiration from the natural world, and we believe it is our duty to help protect the planet in every way that we can… the jewels now represent so much more regarding philanthropy and impact management,” she shares.

With her husband and business partner Paul, St. Clair is deepening her engagement with community, conservation and the arts. In just the last year the brand has supported and brought attention to an East Village food bank; a local New York City organization supporting LGBTQ youth; two groups based in Kenya that support wildlife and wildlands conservation through employment of the local Maasai community; and to the dance community in New York City including New York City Ballet, NY Live Arts and Alvin Ailey American Dance Theater. Recently certified by the Responsible Jewellery Council, the company has put into place a fully audited system to ensure an ethical supply chain with regard to human rights and environmental issues.

A study of Temple also reveals something deeper, a life we all quietly seek – despite our chosen path, to have our work be a vehicle for who we truly are. “I am still learning to be a jewelry designer, but I am a storyteller.” 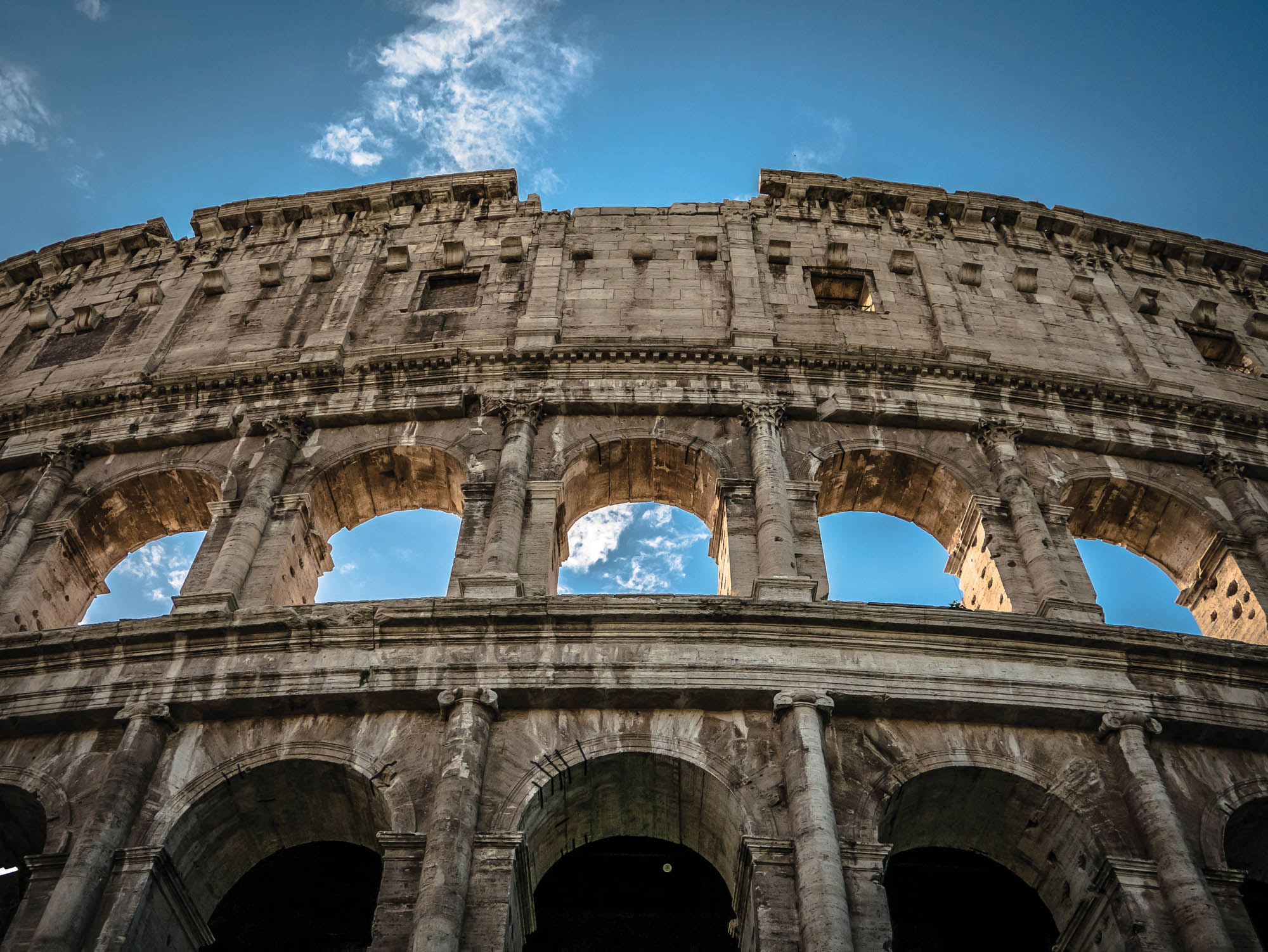