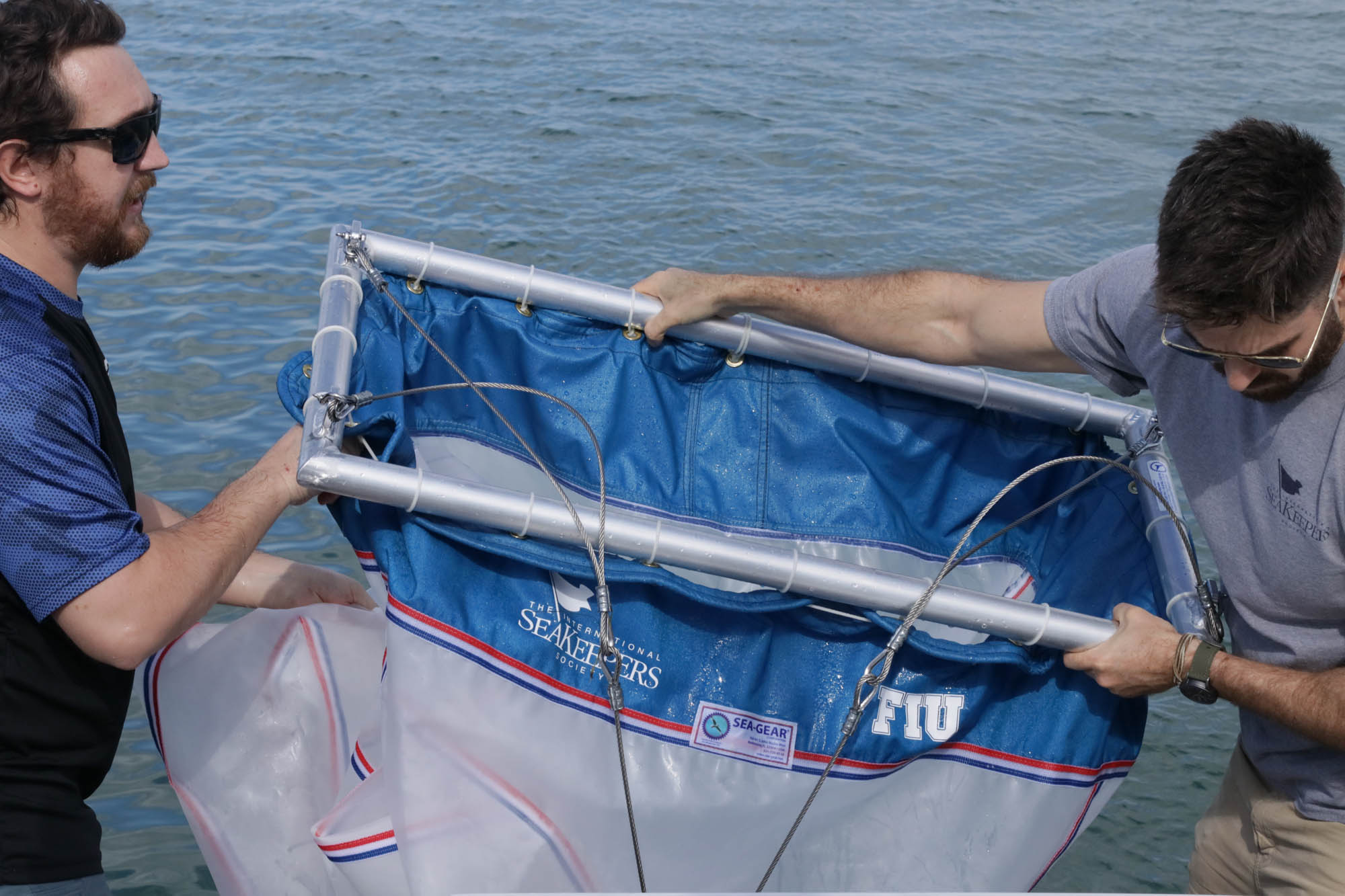 Yachting Community on Board in Fighting the Plastics Problem

The International SeaKeepers Society build a global movement to help restore and protect the world’s oceans.

The world’s oceans are under invasion by a virtually indestructible enemy – plastic. Every year, an estimated 8 to 12 million tons of plastic make their way into the sea. From coastlines to the middle of the sea – floating along the tops of waves and hidden in the deepest depths – it’s there in its many forms. The International SeaKeepers Society and, Florida International University College of Arts, Education, and Science (CASE) have joined forces to combat this problem.

Founded in Monaco in 1998, The International SeaKeepers Society began as a group of yacht owners who realized they shared more than just a passion for yachting and were also concerned about the deteriorating condition of the world’s oceans. They wanted to advance oceanographic research with the help of the yachting community – in a way that would utilize resources they already had (vessels) to support ocean research. Because the yachting and sailing communities are constantly mobile their unique capabilities for at-sea research and education are extremely valuable. This led to the creation of the SK1000 unit which was a data collection device that was installed in larger vessels. The SK1000 technology provided near real-time oceanographic and meteorological measurements from the yacht’s position to scientific databases and operated from 1998 to 2012.  The U.S. Integrated Ocean Observing System made the data available to several regional centers, including the NOAA National Data Buoy Center, the Southeast Coastal Ocean Observation Regional Association, and the Gulf of Mexico Coastal Ocean Observing System.  Through these entities, the data was made available to scientists, universities, and research institutions at no cost.

Today SeaKeepers’ mission is focused on the DISCOVERY Yacht Program which is comprised of scientist-led expedition’s, citizen science trips, educational outreach events and community engagement activities. The degree of participation can vary from a 10-minute instrument deployment while en route to the next port, to an afternoon outreach trip with children, to week-long expeditions with a team of expert researchers. Programming is led by Tony Gilbert who works with experts in the marine science and oceanography fields along with vessel owners, crew, and marine professionals to activate yachts in support of all areas of programming. Whether you donate your vessel as a floating classroom or you tow a net during your next voyage, the positive impact and worthwhile outcomes count towards making a critical difference. SeaKeepers most essential piece to the puzzle is continually identifying vessels to assist scientists in all corners of the world. DISCOVERY Yacht Programming opportunities range from deep-sea deployments and water sampling to cetacean study, as well as shark tagging and coral reef research.

Since 2017 SeaKeepers has partnered with Florida International
University (FIU) on shark and ray research, and more recently developed the S.A.R.A.H Initiative (Sample, Aggregate, Return, Analyze and Help) in 2019, a program to address plastics pollution in our oceans.  The aim of the S.A.R.A.H Initiative is to collect water samples for analysis of plastics contamination. SeaKeepers along with Florida International University have designed a kit which yachts can now independently use to collect samples while they travel around the globe.

The SARAH Initiative is part of Seakeepers’ Citizen Science programming. Citizen Science offers a valuable opportunity for vessel owners to get involved in smaller-scale marine research initiatives. These expeditions do not require scientists to be on board, and permit vessel owners and crew to participate in ongoing research projects which depend on the participation of non-scientists.

The project engages the yachting community by providing comprehensive onboard kits to allow yacht crews and owners to conduct plankton survey-style transects to describe and quantify the presence of marine microplastics. Microplastics are extremely small fragments (smaller than 5 millimeters) of plastic debris, resulting from disposal and breakdown of consumer products and waste. Marine wildlife often ingest microplastics as they filter seawater. This poses a risk to both marine animals and eventually humans since the toxic chemicals are passed up the food chain.

From captains to crew to yacht owners and their families, participating in this program with no prior knowledge of instrument deployment or marine science is not an issue, and collecting scientific data has never been easier. “Our relationship with SeaKeepers opens up access to areas of the ocean our researchers wouldn’t normally have access to because of the cost,” said Dr. Mark Bond, an FIU marine scientist and lead on the SeaKeepers partnership. “This means we can spread our research dollars further and get more data to better map the type and scale of contamination.”

In the first step of the program, SeaKeepers sends boat owners a sampling kit, which includes a bin-like net to tow behind the boat. With each net tow, the contents of the net are rinsed into sample filters, labeled and sealed. After each voyage, the samples are packaged and shipped back to SeaKeepers. SeaKeepers then ships the samples to the S.A.R.A.H. Initiative research team at FIU where they are cataloged and analyzed for density, type and size of plastic particles. The oceanographic data is then archived in the database, to provide information to policymakers and other researchers on how to properly map the plastics problem globally and possibly push for more legislation.

“For yachts wanting to participate, it is not time consuming at all,” Gilberts says. “We ask that they tow the sampling net once a week for twelve weeks.  This of course would be contingent on sea and weather conditions.  But each tow would literally take 15-20 minutes of their time per week.  It is easy to deploy and training is done with a field guide, how-to video, and remote guidance from me.”

The word International in the name and the participation of vessels all around the world, comes with a common misconception that only superyachts can participate in this citizen science initiative. “I want to dispel the notion that we’re a superyacht-only club,” Gilbert says. “It can be any boat, any size.” A total of ten boats have participated in the S.A.R.A.H. Initiative, with six vessels qualifying as “superyachts”, two motor yachts and two sailing vessels on long international voyages. We have collected samples off the East coast of the U.S., the waters en route from French Polynesia to Australia, the Florida Straits between Florida and Cuba, all along the East Coast of Australia, the waters off the Pacific side of Costa Rica as well as en route from there to Florida, and finally off, the southern and eastern coasts of France and Spain, respectively.  More locations are soon to be added.

“If we can paint a picture of what kind of plastics are being found throughout the world’s oceans, we can help in the regulation of certain industries,” said Gilbert. “This has already happened with sunscreen. Some states have banned the sale of sunscreens with chemicals that are bleaching and killing our coral reefs.” Data can be the foundation for future policy decisions that can ensure the ocean is home to more marine life and less plastic. To become a SeaKeeper and participate in a S.A.R.A.H. Initiative, contact Tony Gilbert via email at Tony@SeaKeepers.org or by telephone at 305-281-1497.

SeaKeepers is proud of an extensive fleet that has provided support around the globe. However, to match the demand for oceanographic research, we are still in need of more support to satisfy the demand. Begin your search for an ideal vessel to host an expedition or submit your project for vessel support, by visiting: https://vessels.seakeepers.org ☐ 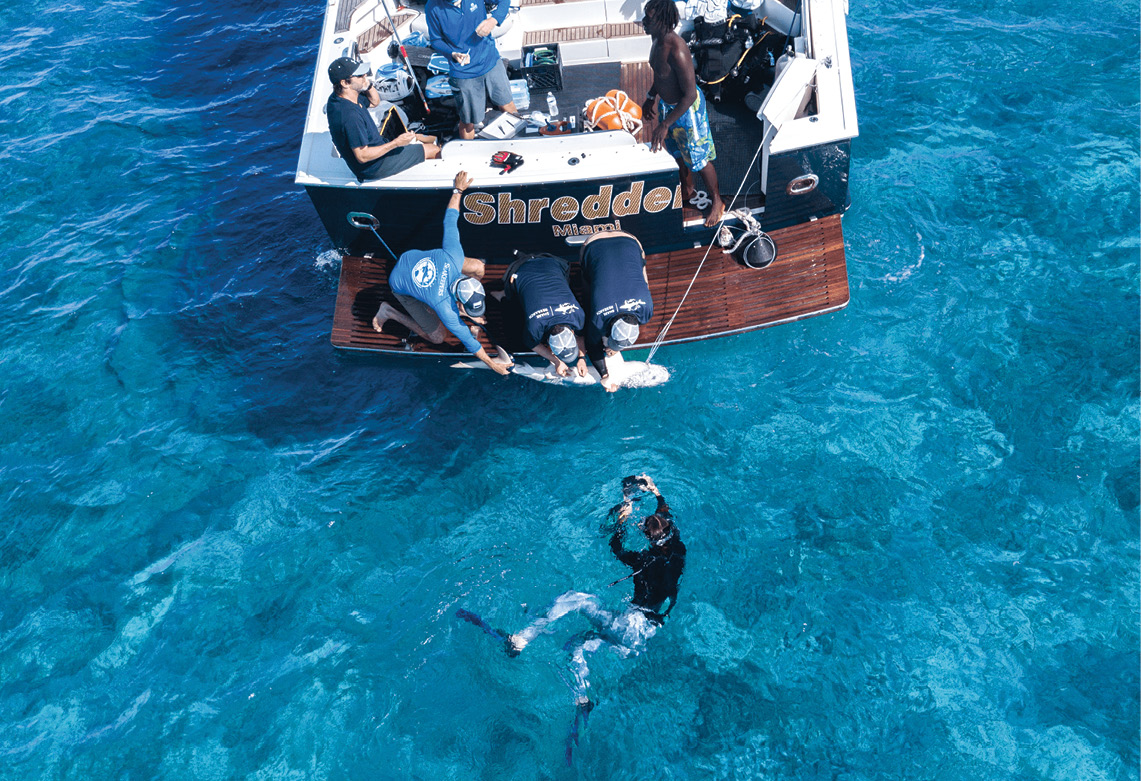 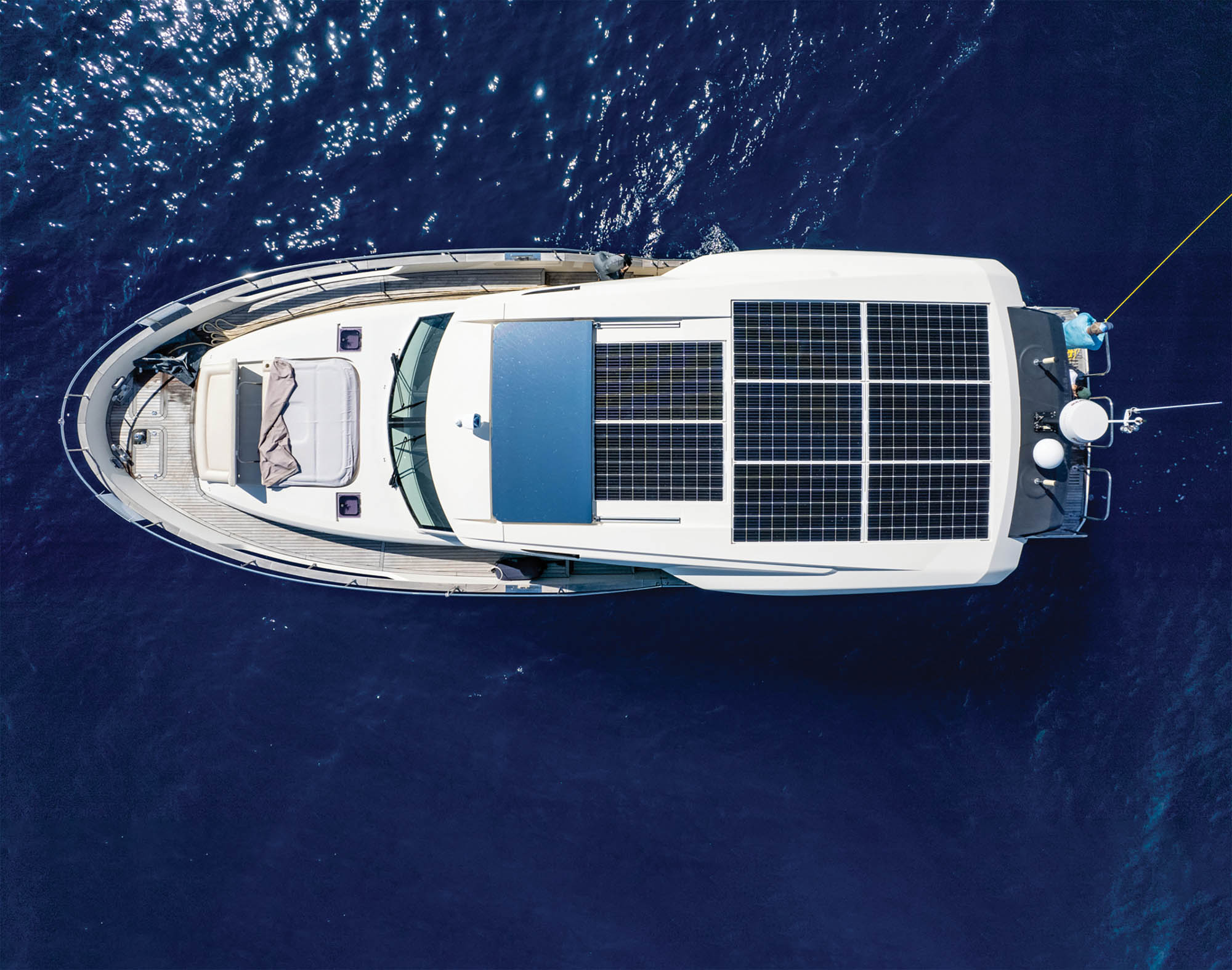 Become a Leader in Ocean Conservation 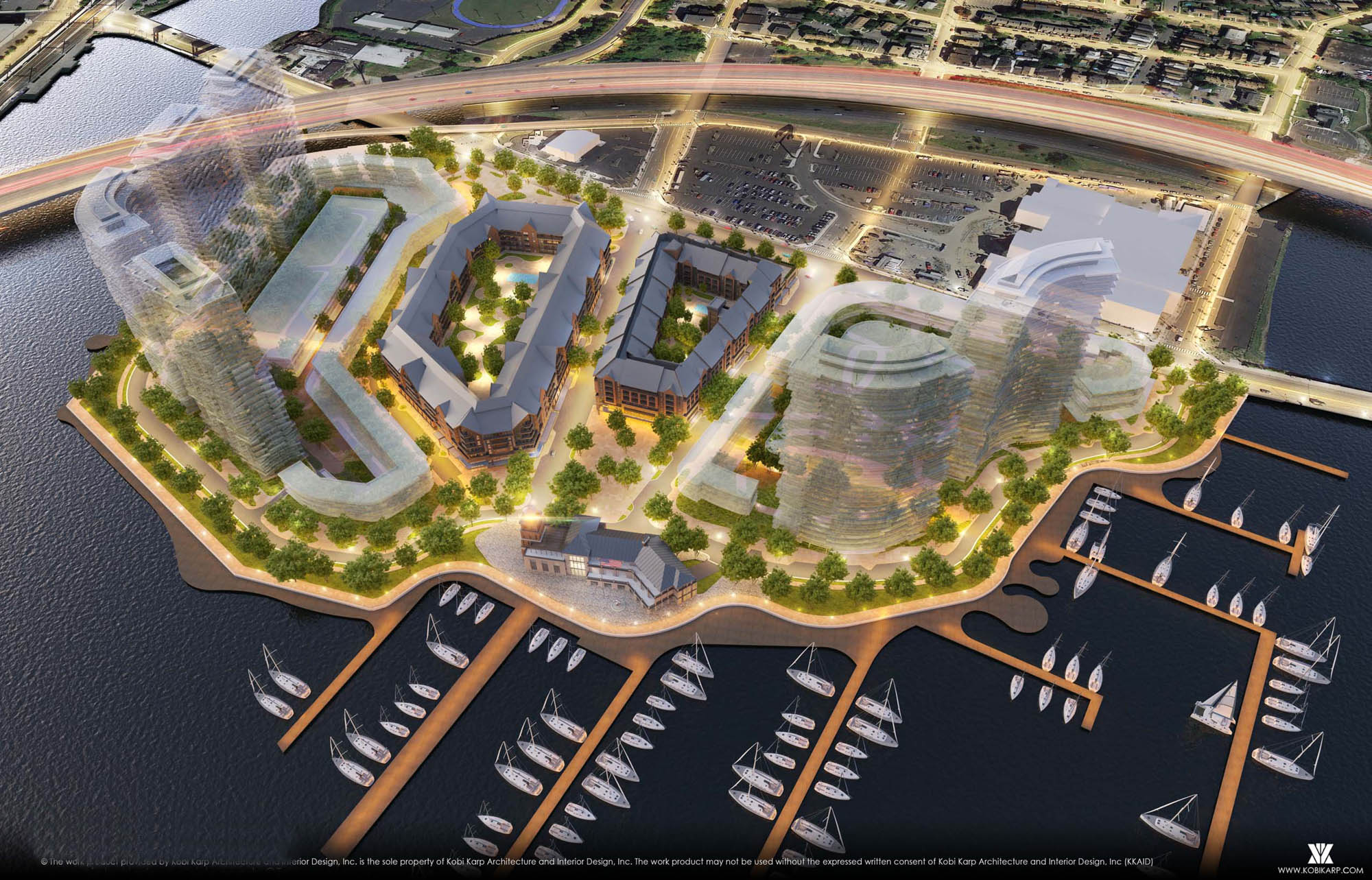